There is little early history about the village. A. Watkins reported a Neolithic tumulus monument 300 – 400 yards south west of Holme Lacy House, but this is believed to have been lost. There was a ferry crossing the river to Fownhope near the present church. A hollow track way can be seen crossing the floodplain cutting off a loop of the Wye and until 1970 elm trees outlined its route. It could possibly be a branch of the Roman road from Ariconium to Stretton Grandison, but more likely to be an old drovers road. 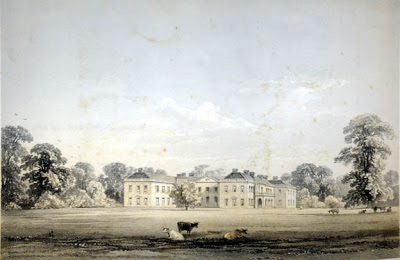 Historically the first reliable records go back to when the De Lacy family settled at Holme Lacy. They started building what is now the largest stately home in Herefordshire and the most significant feature of the village – Holme Lacy House. Walter De lacy and his second son Roger were born in Normandy and fought alongside William I during the Norman Conquest in 1066. The family were granted land in Herefordshire as a mark of their support for the King and they built a house. The area became known as Holme Lacy (low lying meadow belonging to the De Lacy’s). At the time of the Domesday Book (1085 – the year of Walter’s death) the influence of the family spread much further than the immediate Holme Lacy locality with holdings in other counties as well as within Herefordshire.

Holme Lacy House is synonymous with the Scudamore family who were also of Norman descent. Their family had settled in several areas of the country even before the Norman Conquest. The De Lacy family died out in 1350 and Clara of Ewyas, who had married Thomas Scudamore of Upton Scudamore in Wiltshire in 1354, inherited the estate. Their great-great-grandson George Scudamore was the first Scudamore to live at Holme Lacy in 1419. The Scudamore family has been associated with the court of several English monarchs. George’s great-great-grandson, John, was receiver for Henry VIII during the dissolution of the monasteries. His grandson, Sir John was usher to Elizabeth I. The true Scudamore family died out with Frances Scudamore in 1820 but Sir Edwyn Stanhope Baronet (eldest son of Lord Chesterfield) inherited the estate and became known as Scudamore Stanhope.

Holme Lacy House is the largest stately house in the county. The building that you see today (except for the major 1990’s addition) was built on the site of an earlier house. Work started in 1671 following probable damage during the Civil War. It is built of sandstone and brick, in an Italian renaissance style, by Anthony Deane and designed by Hugh May. This style was probably influences by the work of Indigo Jones (who was surveyor to the Crown) and, together with Sir Christopher Wren, built many fine houses in this style after the great fire of London in 1666. The house contained early woodcarvings by the renowned sculptor Grinling Gibbons (now in the Metropolitan Museum, New York) and examples of early Chinese wallpaper in the Chinese room. The grounds were redesigned between 1720 & 1725 by Frances Scudamore under the guidance of Lord Digby and Lord Bathurst. 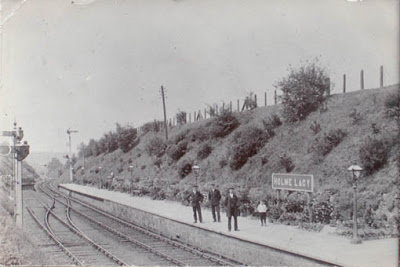 In 1909 Edwyn Francis Scudamore-Stanhope sold the 5,578 acre estate for £200,000 to Sir Robert Lucas-Tooth, an Australian brewing magnate. It was the first time since the De Lacy family settled here after the Norman Conquest that the estate had been sold. Sir Robert invested much money into the estate and built Wilsey House (named after the ranch where Sir Robert was born). Wilsey House and Holme Lacy House were the first properties in Herefordshire to have electricity, which was generated by two large turbines with the power stored in a series of large batteries at the Pound Farm. As well as electric power Sir Robert brought piped water and a sewage system to the house. Sadly Sir Robert dies and left the estate to his two sons, both of whom were killed in action around the time of World War I and this leaving no one to inherit the estate. His sons are remembered by a fine stained glass window and lectern in Holme Lacy Church. Lady Helen Lucas-Tooth also paid for the church organ to be rebuilt and provided money to build the village hall. The estate was sold in 1919 to R. Hadden Tebb who sold it on in 1924 to Noel Wills who bought it for the fishing rights.
Holme Lacy House was given to the county of Herefordshire in 1935 by the Wills family to be used as a women’s psychiatric hospital and was managed by the County and City Asylum (later known as St Mary’s Hospital, Burghill). The hospital was closed in 1981. After several owners going into bankruptcy and years of neglect, the house was purchased in the early 1990’s by the present owner and is currently leased to the Warner Leisure Group. It was extensively refurbished and a large single storey extension was added to complement the style of the existing building. Holme Lacy House Hotel is now a well established tourist facility within the parish. 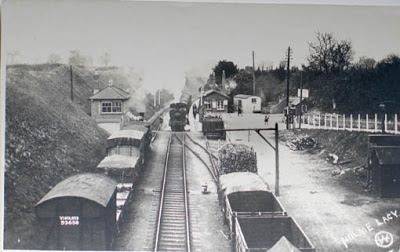 Next to Holme Lacy House is Pound Farm which was the home farm of the Holme Lacy Estate and housed the estate offices. Early plans show Pound farm and adjacent buildings in existence possibly as early as 1540. In about 1600 the second Viscount Scudamore established at Holme Lacy the first school of equitation in the British Isles which was probably based at Pound Farm. The farm has significant old sandstone buildings dating back to this period. As well as good stabling, the farm has wagon sheds, workshops and an interesting dovecote of Norman design which sadly in recent years has become dilapidated. Pound Farm is now part of the Hereford College of Technology.

The church, dedicated to St Cuthbert lies about a mile to the south of the present day village and dates back to the 13th and 14th centuries, built in sandstone adjacent to the river. Within the church there are fine monuments to the Scudamore family. For more information on the church please look here. Opposite the church is the vicarage which dates back to the 17th century. 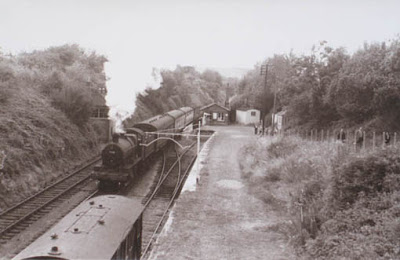 The railway came to Holme Lacy in 1855 and was part of the Hereford to Ross-on-Wye and Gloucester line. The line passed through the present village in a deep cutting with a bridge carrying the main road over the cutting. The station could be seen from the bridge and won awards for its beauty with the side of the cutting planted with flowering plants that were looked after by the Stationmaster.At its peak there were 7 passenger and 5 goods trains travelling to Gloucester, and 8 passenger and 4 goods trains travelling to Hereford. In addition to the Stationmaster, there were 2 porters and 2 signalmen running the facility. The principle freight from Holme Lacy was farm produce and pit props for the mines that were produced at the large saw mill facility (located in the eastern part of the village and now a fairly recent housing development). The last train using the station was on the 2nd November 1964 and the line closed shortly after. The site of the station can still be clearly seen on the north side of the present bridge located in the centre of the village.

You live locally? Want to know what’s going on? Subscribe and get updates. — Its FREE